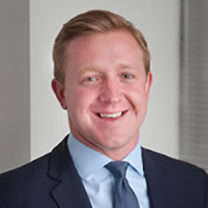 Prior to joining Eachwin, Alistair was a Senior China Economist at IHS, a global markets and analytics firm that provides economic forecasts and industry analysis for 200 countries and 170 sectors. Based in Beijing for five years, Alistair formulated and presented IHS’ China view to a global client base and the media, which he developed through in-depth sector-level primary research in the financial markets and broader economy. While in business school, Alistair worked at Parnassus Investments.

Alistair read philosophy and economics at the University of Edinburgh, graduating in 2006. He received his M.B.A. from the Stanford Graduate School of Business in 2015, where he was President of the Government and Politics Club. Alistair was born in London and speaks Mandarin.