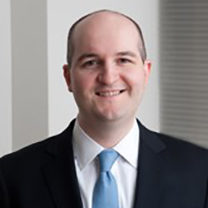 Dana Pasternak joined our team in early 2016 to lead Eachwin’s research efforts in the Financial and Healthcare sectors.

Prior to Eachwin, Dana was a Senior Equity Research Associate at Sanford C. Bernstein working with the #1 Institutional Investor-ranked analyst focused on US large-cap banks. Previously, Dana was a Vice President at Credit Suisse in Group Strategy where he advised senior management on trends across financial services, and identified key opportunities for the firm. Dana was a Special Assistant at the U.S. Department of the Treasury in the Office of Domestic Finance from 2008-2009, and an analyst at RBS Greenwich Capital in its asset-backed finance group from 2005-2008. Dana began his career as a Research Associate at Greenwich Associates.