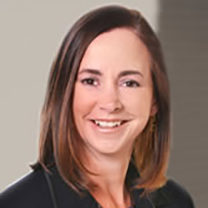 Janet DeFrino was one of the original partners of Eachwin and focused on the consumer sector. She became a Senior Advisor to the firm in February 2016.

Janet has significant investment, operating and start-up experience. Janet co-founded Muse, LLC, a boutique executive search firm, in 2003. From 2000 until 2003, she invested on behalf of the Bass family office based in Greenwich, Conn., with equity coverage responsibilities throughout the consumer sector. From 1991 until 2000, Janet was a Senior Analyst in the equity research department of Morgan Stanley, where her coverage responsibilities spanned multiple consumer sectors. She also co-managed the Morgan Stanley Focus List of Small Capitalization Stocks, a portfolio of the firm’s strongest ideas with market capitalization of less than $1billion. Janet has several years of brand management experience with American Express and other consumer products companies. Her board service includes Shindigz, a leading online party supplier.

Janet graduated from DePauw University’s Management Fellows Program Phi Beta Kappa with a B.A. in economics in 1986 and went on to Northwestern University’s J. L. Kellogg School of Management, earning her Masters of Management in 1988. Janet is active in a variety of community activities and has served on several nonprofit boards. She served as a Trustee of the New Canaan Country School from 2006 through 2012 and as a member of its Investment Committee.