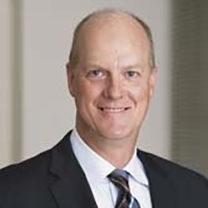 Michael Polacek was responsible for Eachwin’s investments in the information technology, telecom and media sectors. He joined Knowles Corporation in February 2017.

Mike has over 25 years of technology industry operating experience, including business development and M&A. Michael served as Sr. Vice President at National Semiconductor until the company’s acquisition by Texas Instruments in late 2011. He was responsible for driving the company’s high-growth “incubation” businesses, business development, mergers and acquisitions, and strategic planning. During his nearly 20-year career at National, Michael managed several business units as a VP/General Manager, and held technical and business roles in Tokyo and Silicon Valley. Michael has worked on strategic partnerships worldwide including major engagements in the U.S., Europe, Israel, China, Korea and Japan. Since leaving National, he has worked in various advisory roles focused on technology company investments including serving as an advisor to Kohlberg Kravis Roberts (KKR).

Michael graduated from the University of Illinois in Champaign/Urbana in 1986 with a B.S. in Computer Engineering. He received his M.B.A. from Santa Clara University in Santa Clara, California in 1994. Michael is a member of BENS (Business Executives for National Security) and is a U.S. patent holder. Michael has been deeply involved with his local community including serving on an advisory committee to San Mateo County in California