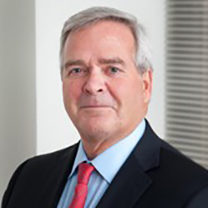 Richard joined Eachwin in early 2016 to serve as its Chief Marketing Officer.

Prior to joining Eachwin, Richard was a Managing Director at Ardsley Partners, one of the oldest hedge funds in the US. He founded Atheneum Capital LLC, an investment company and advisory boutique in 2005. From 1998 to 2005, Richard was a Managing Director at Morgan Stanley in the Institutional Equity Division (IED) and in Firm Management. During his first four years there, he built and led the firm’s Canadian equity research, sales and trading businesses. Richard previously was Vice President at the Union Bank of Switzerland and a Credit Analyst at the Federal Business Development Bank, a division of the Bank of Canada.

Richard completed his BA degree in Economics and Political Science at the University of Western Ontario in 1979 and his Certificate of Accounting at the University of Calgary in 1987. He is past president of the Rowayton Civic Association. Richard has been an Advisory Director of the Family Office Association and Defentect, Inc. (a security software company); and a member of the Financial Executives Alliance.